Everything you need to know about Braxton Hicks contractions 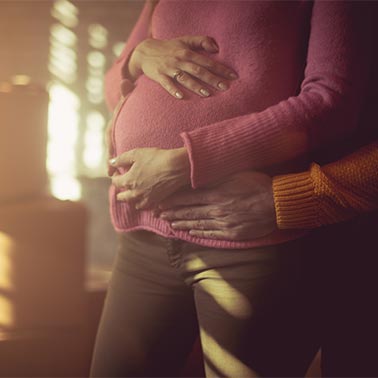 Everything you need to know about Braxton Hicks contractions

What are Braxton Hicks contractions?

Braxton Hicks, or ‘false labour pains’, are contractions of the uterus that are infrequent or occasional. They may start in early pregnancy, but you might not feel them until much later on. Some women never feel them at all.

They are named after a doctor who first described them in the 1870s, Dr John Braxton Hicks. They are mini contractions that are thought to be preparing the uterus for labour and they are usually painless. You may learn about them at your antenatal classes, or your midwife may discuss them with you.

If this is your first baby, it’s quite hard to describe Braxton Hicks, though if you have had a baby before you will know what contractions feel like! You may feel that your lower abdomen, uterus or stomach muscles may squeeze themselves, then release, sometimes with a feeling like a belt tightening around your abdomen, or like a stitch. Your bump may become hard, and the skin may feel stretched. This is usually painless though a little uncomfortable. You may also feel a sensation that’s a little like period pains, down low in your uterus. They don’t have a regular pattern or frequency and they may cease altogether if you move about.

It’s not known exactly what causes Braxton Hicks, though many think the uterus is toning the muscles that will come into play during labour – a sort of practice run. You may be more aware of them or experience them more when you:

Does having Braxton Hicks mean labour is close?

Before 37 weeks, you can usually be assured that any contractions you feel are indeed Braxton Hicks, as long as they fit the criteria above. However, it can be difficult to tell Braxton Hicks and real labour apart, especially as you near your due date. However, it’s not possible for you to diagnose the difference yourself, so if you are having regular contractions before 37 weeks of pregnancy, it’s time to call your midwife for advice.

Braxton Hicks that happen nearer your due date are thought to help ripen your cervix and eject your mucus plug (a ‘show’) in preparation for labour.

When will I start to feel Braxton Hicks and how often will I have them?

Though it’s thought many women may have Braxton Hicks from the early weeks of pregnancy, you don’t usually feel them until you are into your second or third trimester. There is no pattern as to when you might feel them. If they are uncomfortable, try resting, changing positions, or taking a gentle walk or warm bath. Make sure you are well hydrated too.

Generally speaking, Braxton Hicks are completely harmless and as long as you have no other signs of premature labour, you can rest easy. However, if you suspect that you might be going into early labour, you should seek immediate medical help.

The signs of labour, as opposed to Braxton Hicks, are that the contractions are regular and get closer together with time, become more intense and are felt even if you move about.

You should also speak to your midwife if you have bleeding or spotting, a bloody mucus discharge, low back or abdominal pain, if your waters break, or if you have any concerns about how much your baby is moving. 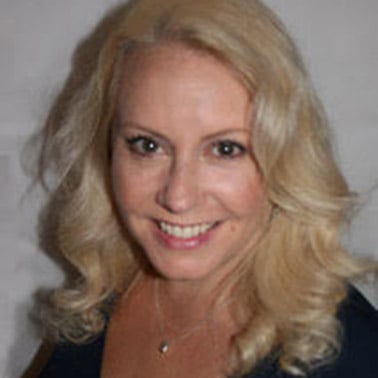 Can you go to the dentist when pregnant?

If you want to avoid tooth decay during pregnancy, you need to get those pearly whites checked by a dentist. Learn about going to the dentist when pregnant.

When is the best time to tell people you're pregnant?

Whether your pregnancy has been long-planned - or a bit of a surprise - you'll want to tell friends and family. But when and how should you announce your pregnancy news?

Whether you’ve tried pregnancy yoga before or are new to the practice, we spoke to our expert for the lowdown on the benefits of this prenatal exercise.

How to calculate your pregnancy due date

Your pregnancy has been confirmed—congratulations! So, what’s the best way to work out the date of your baby’s birth?

How to nurture and improve mental health during pregnancy

When will I feel my baby move and kick?

Those first noticeable flutters are magic! Parenting editor Sally J Hall explains when you will first feel your baby move and what to expect.

What Happens at the 20-Week ‘Anomaly Scan’?

How to choose your birth preferences

You’ve reached the third trimester of pregnancy. Time to start thinking about the labour and birth experience you would like. Here’s how to write a flexible birth plan.

The Dos and Don’ts of Prenatal Exercise

Confused about exercise during pregnancy? You&rsquo;re not alone. We did the research.

Depression During Pregnancy: Is it Normal?

You may have heard about postnatal depression, but 12% of women suffer with depression and anxiety during pregnancy too.

What Happens in the First Trimester?

All you need to know about your baby, your body, and your hormones during weeks one to 12 of pregnancy.

What is the pregnancy glow?

You’re pregnant and people keep telling you how great you look! Welcome to the pregnancy glow. Learn about the science behind the phenomenon.

Where to find support for parents-to-be

Parents-to-be, you are not alone. Support (and friendship) is a click away.

Your 12-week Scan: What to Expect

Your 12-week ultrasound scan is a chance to see your baby for the very first time! Parenting expert Sally J Hall explains what to expect.

What Are Braxton Hicks Contractions?

Baby First Aid Kit: What to Pack and Why

We asked the experts to advise on your baby’s first aid kit essentials to have at home in case of minor injuries or illnesses. Plus, what you can treat yourself and what you’ll need help for.

10 Months Pregnant? Here's What to Expect

You’re in the home stretch. So just what can you expect from the last month of pregnancy? Our expert midwife Anneke Brown from Komu, explains.

Preparing for Fatherhood: Advice From Dads

Buckle up dads-to-be, this is some ride! Parenting editor Jo Maggs asked the real experts to share practical and emotional advice on surviving new parenthood

Do I need to take pregnancy supplements?

10 ways to sleep better in pregnancy

Sally J Hall finds ways to make sleeping with a bump good for both of you.

Your body after pregnancy: The first six weeks

Nine months of pregnancy will see some incredible changes in your amazing body, with the greatest reward at the end. So, what happens to your body after pregnancy?

Weary from the first trimester of pregnancy? Don’t worry, in your second trimester the chances are you’ll start feeling a whole lot better!

How to Bond With Your Baby While Pregnant

You’ve reached the third trimester of pregnancy. Time to start thinking about the labour and birth experience you would like. Here’s how to write a flexible birth plan.

Can I dye my hair if I’m pregnant?

Morning Sickness: When It Starts and Why

You’re pregnant. Such joy! Except you can’t move for nausea. Parenting editor Sally J Hall finds the answers to your frequently asked questions about this common pregnancy condition.

Your guide to pregnancy skincare

It’s not uncommon to find that your skin changes due to pregnancy. Here’s what to expect and how manage pregnant skin.

Are alternative therapies safe during pregnancy?

From acupuncture to reflexology, here’s everything you need to know about alternative therapies for pregnancy.

When Can I Start Maternity or Paternity Leave?

You’re pregnant, yay! But when to tell your employer? It’s time to find out about your maternity and paternity leave rights. We asked the questions for you.

Weary from the first trimester of pregnancy? Don’t worry, in your second trimester the chances are you’ll start feeling a whole lot better!

How to ease separation anxiety in babies and toddlers

Has your usually contented baby become clingy overnight? It could be separation anxiety. Learn how to spot the signs and what to do to ease the distress.